I believe my whole life has lead up to this work I am doing now, but there were 5 pivotal moments which led to this.

In August 2013, I experienced a major transformation in my conscious awareness. My focus shifted from being more external, to more internal. I began a process of unlearning and began to have the ability to view my mental processes from a more objective perspective, rather than just being immersed in my day to day anxieties. I referred to this for years as my “spiritual awakening,” but the term never quite felt like it encapsulates what happened and continues to happen every moment as I do my best to become continually more conscious of myself and more humble and human.

This experience is what moved me to begin studying psychology, meditation, spirituality, different religions and spiritual traditions in order for me to understand what happened to me. (Photo Below Right: Hard Rock Cafe London, 2013) 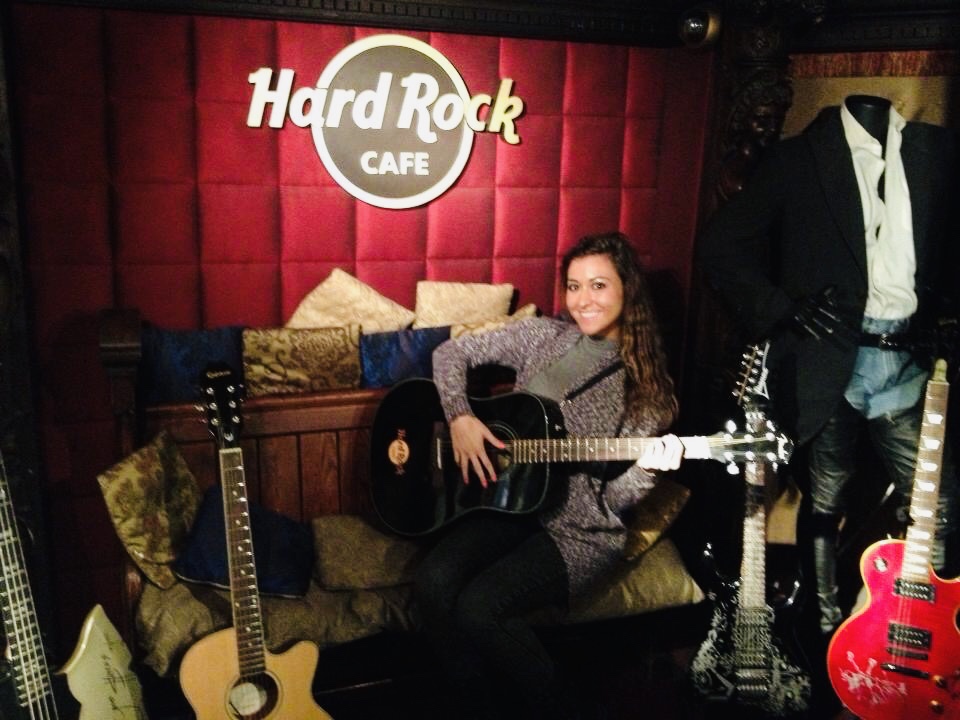 I was studying Broadcast Journalism at Columbia College Chicago and in one of my last classes at Columbia (before studying abroad in Barcelona, Spain for my final semester of undergrad), I was asked to go out and find a story on something people don’t normally hear about in the news. I started to think outside of the box (where I enjoy thinking) and thought to research fetish parties in Chicago, which was a scene I was unfamiliar with but had heard interesting stories about from friends in different countries. Through my research, I found an event that had been happening for over 20 years at a punk bar called Bondage-Go-Go. I contacted the host of the event, who was a woman, amongst a few other women who run the event. I went to the bar and was welcomed by such warm people and was pleased to see that the event was completely run by women. There were people being tied up, handcuffed, blindfolded, walked on and played with, all in front of an audience at the bar while playing industrial/new wave type music. I knew this would be my story. 3 women became the subject for my story and I remember sitting there during interviews and feeling illuminated, like this was exactly where I was supposed to be. I knew that the work I wanted to do in this world had to do with telling women’s stories. (Photo Below: Bondage-a-Go-Go, December 2014) 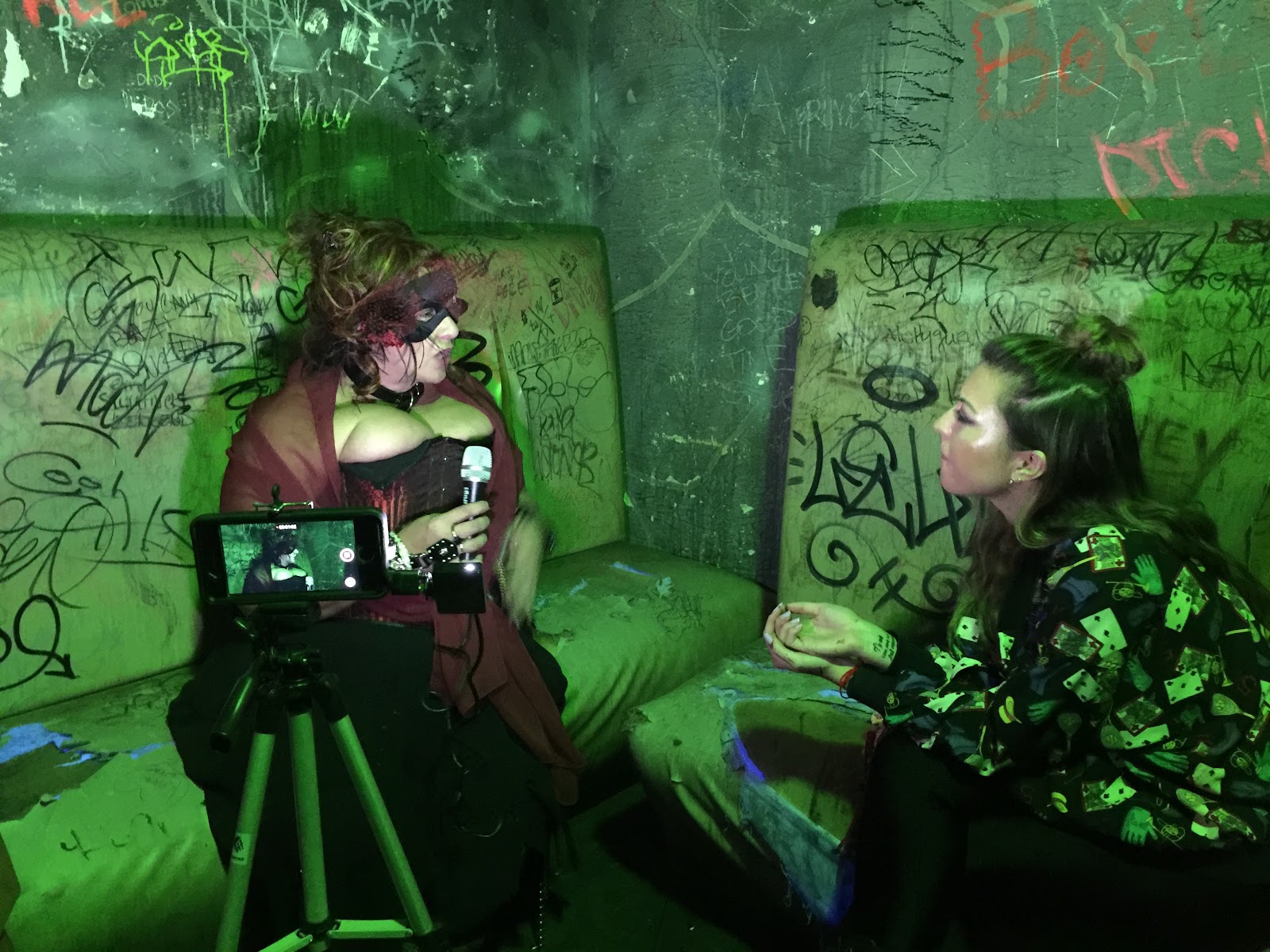 In January 2016, I studied abroad in Barcelona, Spain. During my time here I traveled to Jerusalem, Israel. (Photo Below Right: Jerusalem, March 2016) 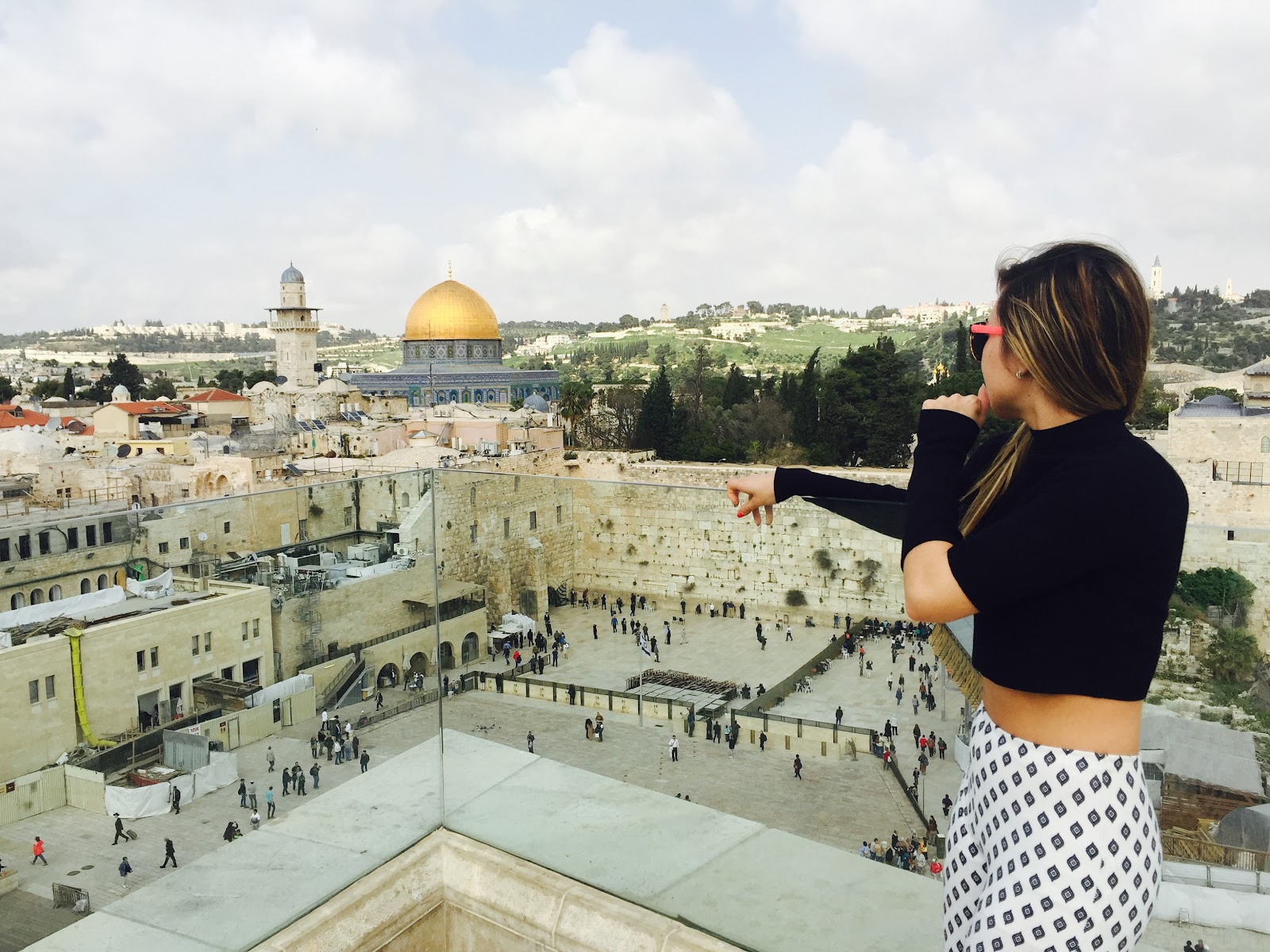 Being in Israel was really powerful for me. As I rode on the bus between cities I couldn’t help but cry so much, the energy there was something really special...intense I may add but nonetheless, healing. I approached the Western Wall one of my last days there and placed my hand on the wall after inserting a small note with a prayer on it and I felt for a moment a feeling of remembrance, that I’m on this earth for a meaningful purpose, for a mission to play itself out through me and I have the honor of being the vessel. That an important part of my life was to learn how to merge psychology and women’s stories into something to share with the world. 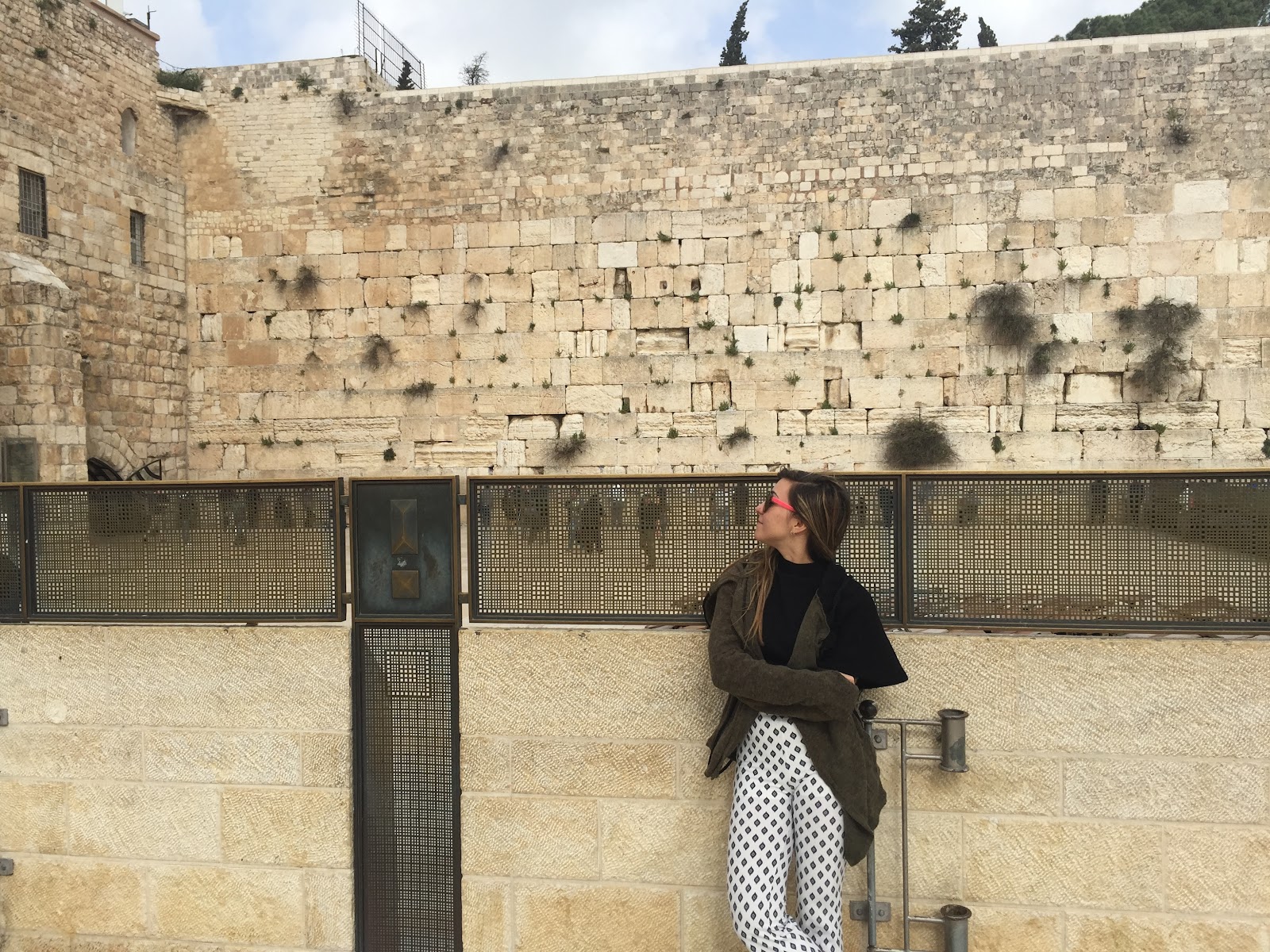 When I returned to Chicago, and graduated with my Bachelors in Broadcast Journalism, I entered a very grueling and difficult time in my life. Between May 2016 and May 2017, I experienced unbelievable betrayal from a partner at that time, the death of 3 people, loss of important friendships and financial difficulty. I found myself in the midst of toxic relational issues, depression, and despair. I began working at a yoga studio in exchange for unlimited classes, and there I met a dance movement therapist. She became one of my closest companions and she also encouraged me to read Women Who Run with the Wolves. Through dance movement therapy, codependents anonymous support groups, other forms of psychological/spiritual therapy,  through reading this book and connecting with the Wild Woman archetype, I found an abundance of strength and healing. (Photo Below Right: Western Wall, Womens' Section) 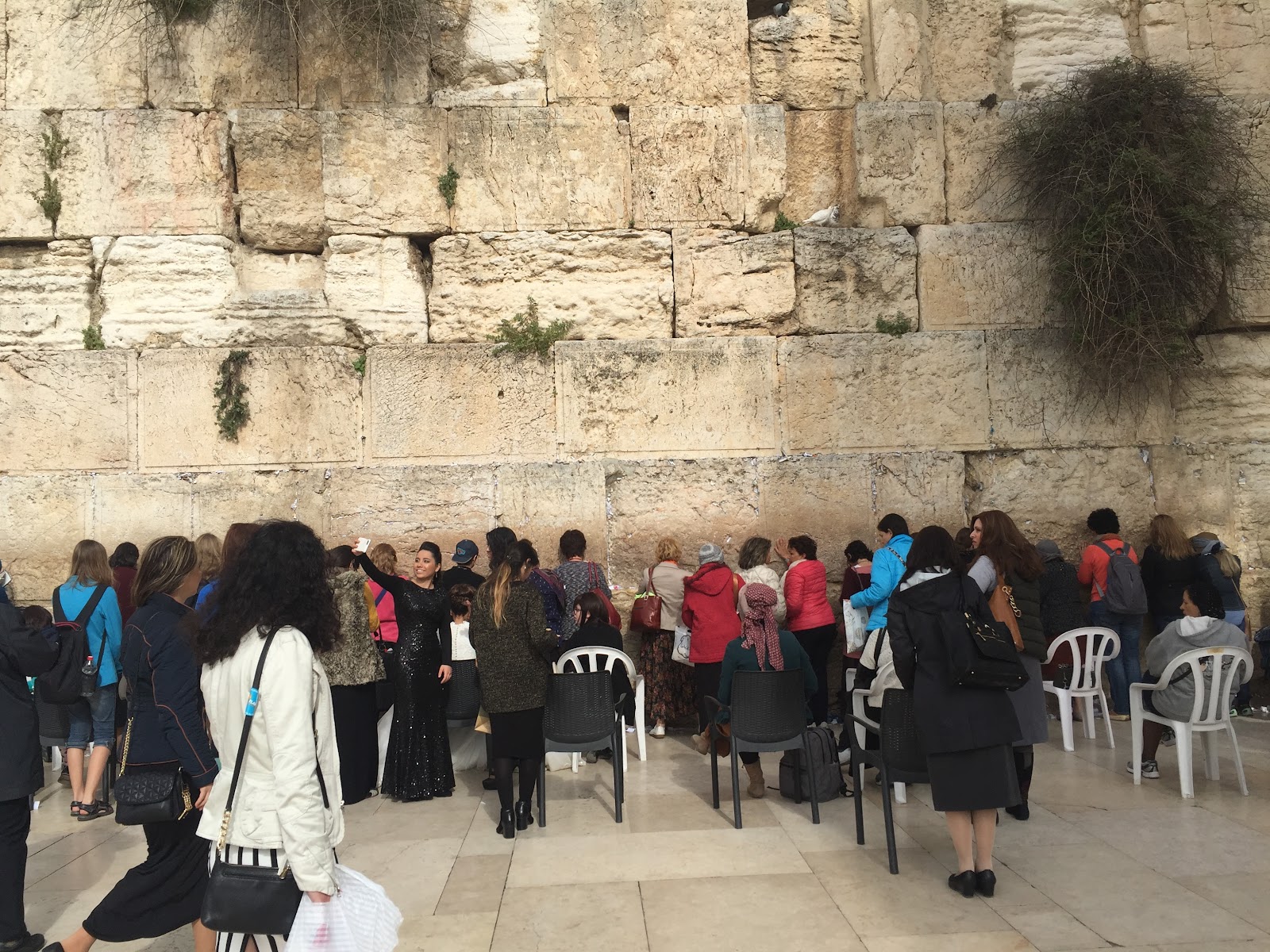 One early morning, my sister asked me to drive her to the airport. It was so early, I was going to have the opportunity to watch the sunrise while driving back home. I consider myself a night owl so waking up that early is normally not something I do with ease, but I was happy to take her. Driving back home, I received a message from my previous partner, who at the time was still seeking my forgiveness. He sent me a song he said he wanted me to listen to that made him think of me and the pain he caused me. I listened to it. And during this song I cried so much. But in the midst of my crying, visions flashed before my mind of me filming a documentary series about women who embody charecteristics of the the wild woman archetype, whom have lived life with challenges like I have but have gotten through it by striving to become their authentic selves, who have connected with their creative life, women who have fought to be who they are meant to be in this world in opposition from what the world expects of women. I knew this was what I wanted to do. I wanted to give women and men the opportunity to hear these stories around the world, so maybe people wouldn’t feel alone in their struggles , like I did at many of my lowest points in life. (Photo Below Left: Me on the Golden Gate Bridge, shortly after this realization, during a trip I took to San Francisco, May 2017) 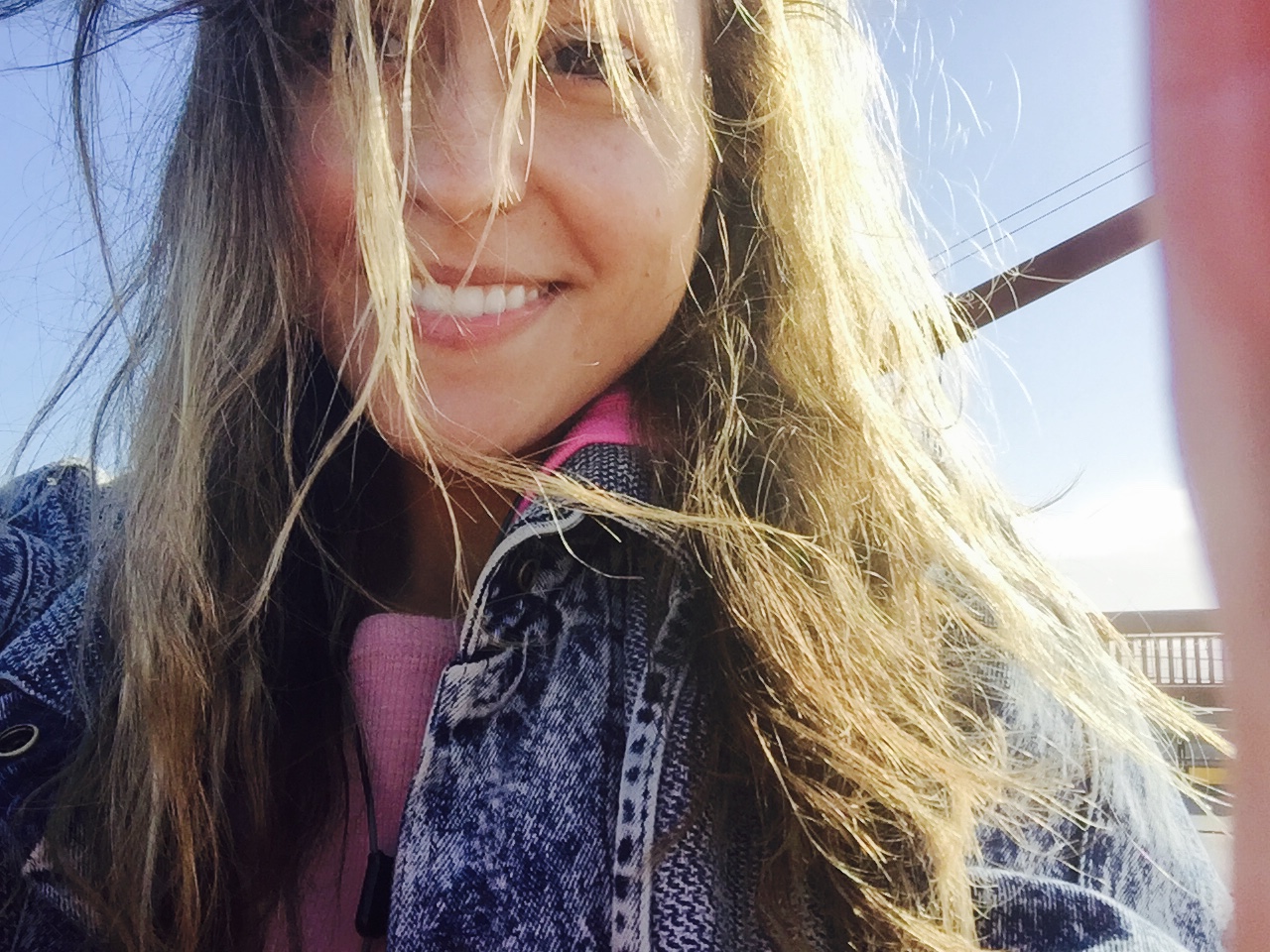 In March 2018, I hit a bit of a crossroads. I didn’t know whether I needed to go down a traditional journalism route to get to where I wanted to go, (i.e; working at a news station in the middle of nowhere in America making hardly any money for a couple years), if I wanted to live in another country to teach English before plunging myself into my work, or if I wanted to get my Masters. I applied for over 45 news stations in America, and no doors were opening. The one that did open offered me what I felt to be absurd wages for the amount of work I would be doing, and with my student loans, I worried I may not be able to eat or visit my family. I applied for over 20 schools to teach English at in Japan, no doors opened there at all.

The second week of March, I decided to go on a roadtrip with a romantic partner at the time and figured throughout my travels, I may learn or realize what direction I wanted to take. (Photo Below: Me, Joshua Tree, California, in the midst of the road trip March, 2018) 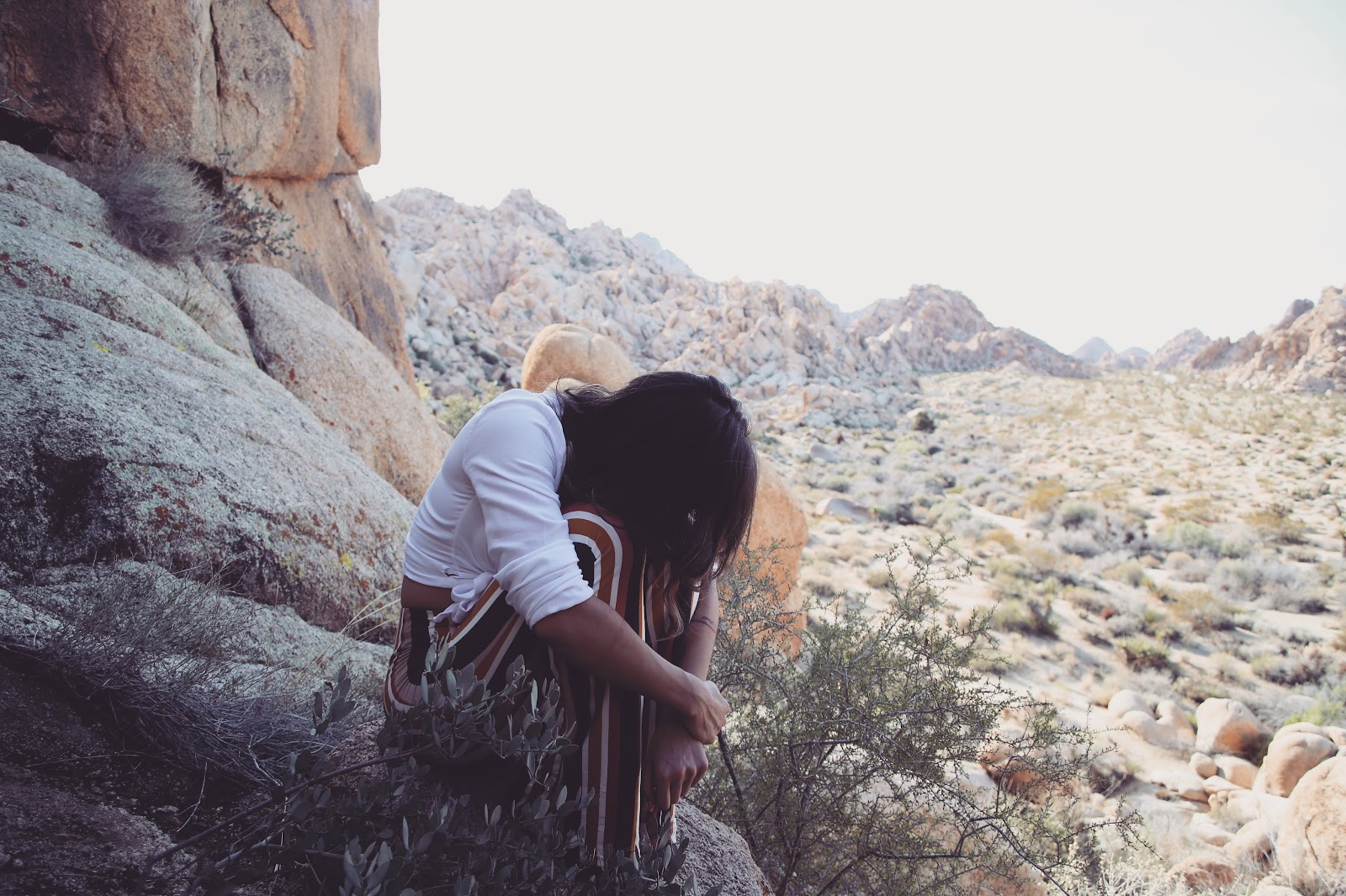 I would describe this road trip as unexpected. I could say it was the road trip from hell, but no one died...well except much of my naive and innocent self. This roadtrip woke me up to many things, but mostly to the effect that I needed to fully take my life in my own hands, I didn’t have room to make my life or my goals smaller for anyone else or try to fit into a certain standard of work. I decided at the end of this road trip that I would go home, buy all the equipment I needed and begin filming the show in Chicago. When I returned to Chicago, I found 6 women who agreed to do the show and I applied to the Master’s program at the University of Essex in England to study Jungian Psychoanalytical Psychology and was accepted and offered a scholarship. The doors were finally opening. I was working 5 jobs to fuel the show, pay for all my expenses to live abroad, and to save for my time to live in London and study.

I lived in London and completed my Masters in Jungian Psychoanalytical Psychology between the year of 2018 and 2019. I wrote my dissertation on the exploration of the feminine and women's psychological expereience through my own life and my connection to the wild woman archetype. I now plan to move to New York City to continue with my dreams of creating a platform for people to explore the feminine psychological experience through creative media. 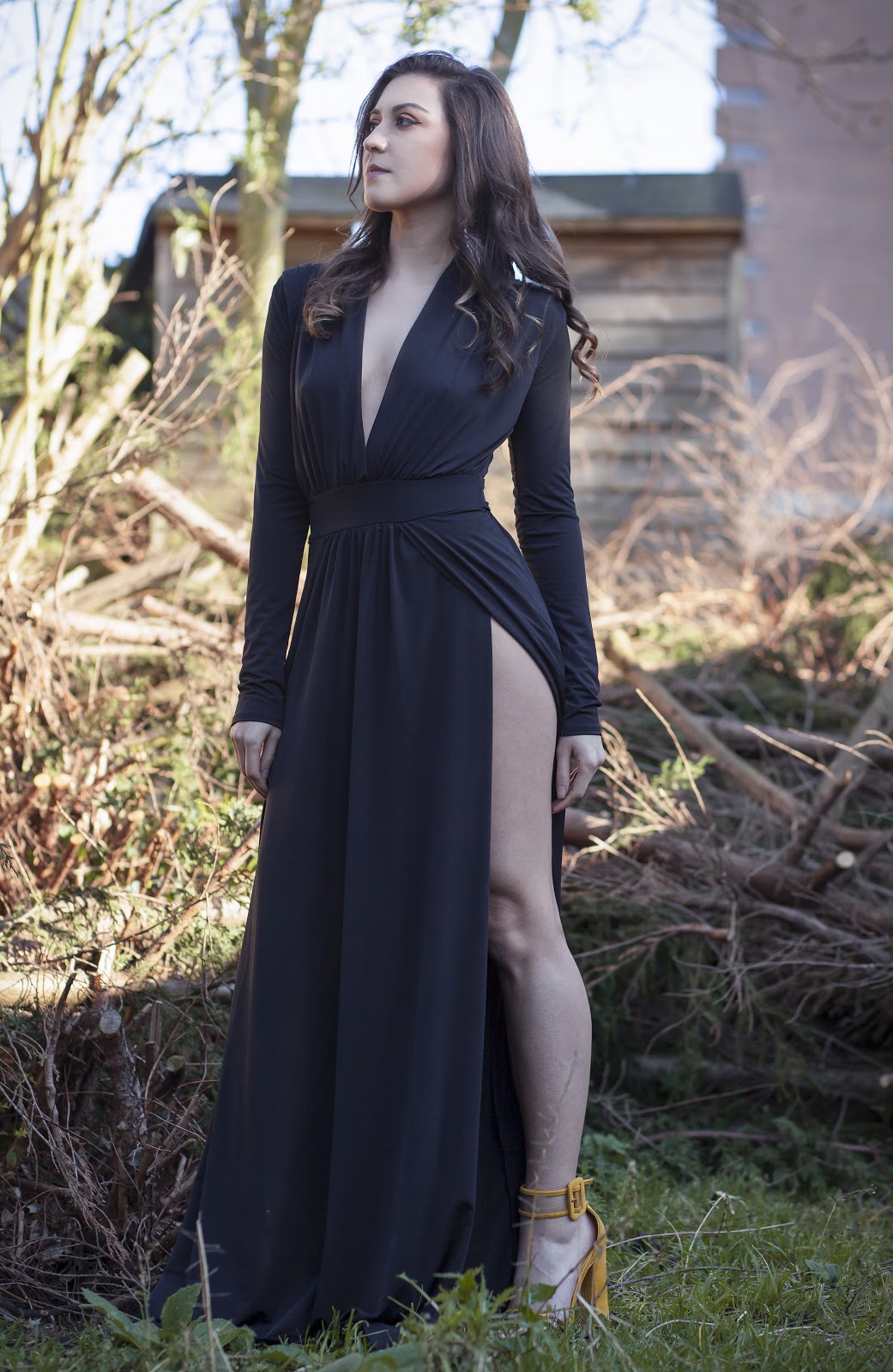 This is just where the story ends now but I’m sure it will continue and will continue to deepen as I grow, and as life, (or in good old Jungian fashion), the unconscious, continues to create what it does for me throughout my journey in life. (Photo Left: Me, Anastacia, London, 2019)